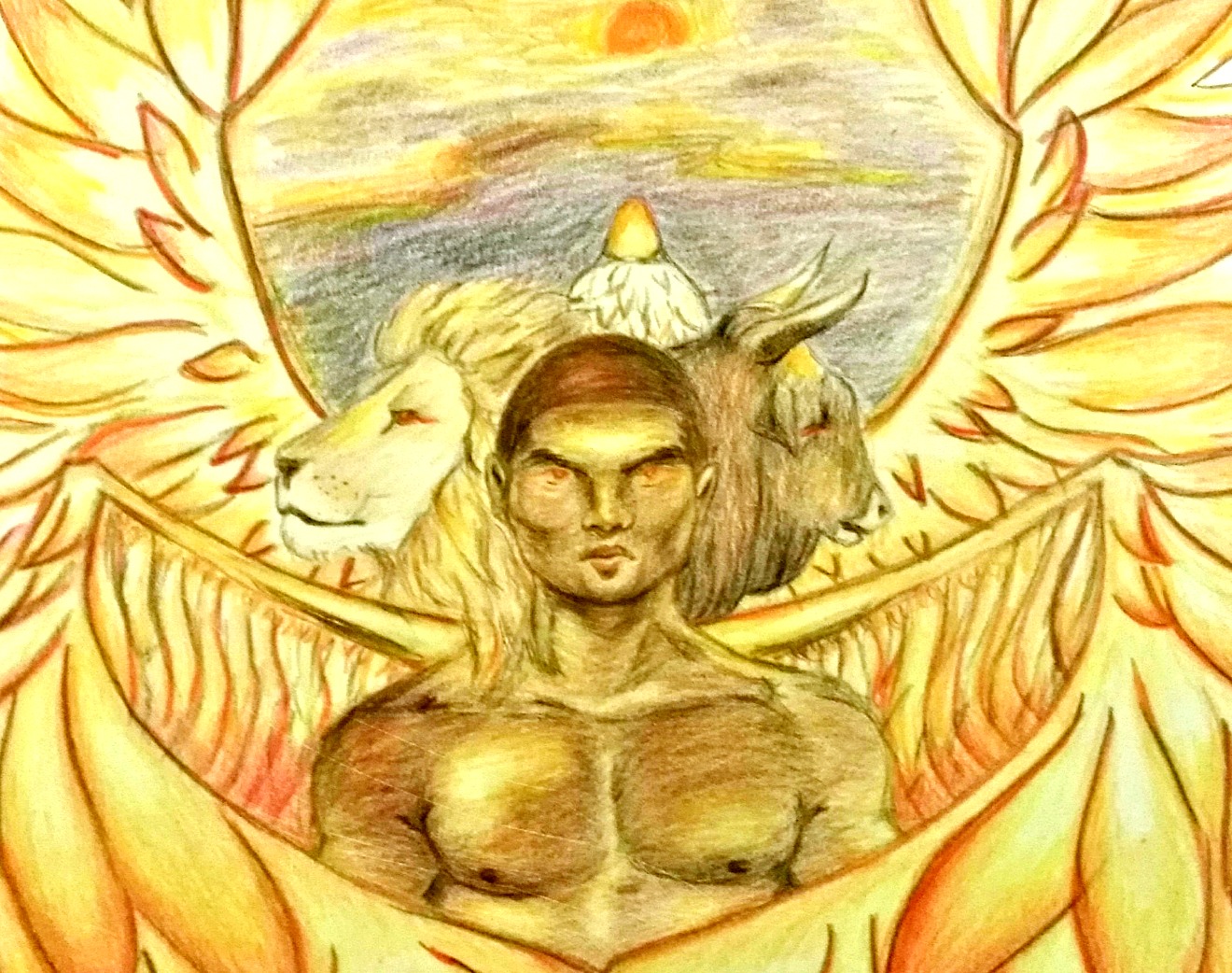 The announcement of judgement was one of Ezekiel’s main responsibility, but the message of redemption was at the heart of his call. The book of Ezekiel begins with an enthralling vision, perhaps too fascinating for words, but somehow Ezekiel was able to capture its essence and related it to us in chapter 1. One of the fascinating features of the vision is the four living creatures having four faces. There was the face of a lion on the right, the face of an ox and the left, the face of an eagle at the back, and guess which face was at the front? The face of a man (Ezekiel 1:10).

I’m not sure what that tells you, but it tells me two things.  The first is that the face of man represents the significance of divinity mingled with humanity, to offer redemption to the whole world.  The second is that humanity is at the heart of God. Every mission carried upon earth by the angelic host is a mission regarding humanity. Armies of angels unseen and unnoticed, far superior and more glorious than the secret service parade the earth protecting God’s people.  With lightning speeds, they hurry with urgency to fulfill every divine directive. You and I are at the heart of God. All that God does is for us, even allowing us to be in the ruins.  He desperately wanted to save the people of Israel, just as desperately as He wants to save us.

Unfortunately…, God is not at the heart of humanity. While reveling in their idolatry and carousing in their corruption, God wasn’t in the heart of the Israelites. God had to use ruins, to reveal His judgment, then His favor, redemption and love. Israel, God’s chosen people had provoked Him to anger.  He thundered to Ezekiel, “My anger is great” (Ezekiel 16: 26).  The people “have angered me by all these evil things you do, I will fully repay you for all of your sins,’” says the Lord. “‘For you are thankless in addition to all your other faults” (vs. 43).

There is no doubt that God was angry. He expressed His anger many times throughout Ezekiel and throughout the Bible. However, He declared, “As I live, says the Lord God, I have no pleasure in the death of the wicked” (Ezekiel 33: 11).  Throughout scripture God sends a warning for judgment along with an offer for redemption. The two goes hand in hand. Jeremiah, told Zedekiah, that he will be taken into Babylonian captivity but he was not to rebel, because God will send deliverance for him at the right time (Jeremiah 21: 8-9). However, Zedekiah rebelled when the Babylonians came and he suffered in the end.

The ruins are not just about punishment or God’s hard and heavy hand oppressing the people. Ezekiel proved that it’s God’s way of declaring His Lordship, His goodness and His greatness. In place of our worldly and momentary show of greatness, God’s glory shines above the ruins. It did for Moses, Joseph and Job. It will for us too, when humility takes precedence in our hearts.

Ezekiel laid out the long list of monstrous sins, but he also gave a promise for redemption and restoration. Did the people surrender to the judgement of God, and did they accept the redemption He offered? Some did, while others refused. Our redemption is subject to our response to the ruins.

Whatever ruins you are in, or whatever ruins you think that you are not in, God offers redemption. Sin itself is a ruin, and who is not involved in it? No man can separate himself and say, “not I.” The ruins of our world are visible for all to see, everywhere you look. The ruins of hate, jealous, fraud, dishonesty and lust are evident in our world.

However, where there is life, there is hope. As long as God has not pulled the last puff of His breath from your body, redemption from the ruins is available. You just have to seek it, accept it and live it.

Daniel 9: 18, “O my God, bend down your ear and listen to my plea. Open your eyes and see our wretchedness, how your city lies in ruins—for everyone knows that it is yours. We don’t ask because we merit help, but because you are so merciful despite our grievous sins.”

One thought on “God Offers Redemption From The Ruins”